Warning: call_user_func_array() expects parameter 1 to be a valid callback, class 'collapsArch' does not have a method 'enqueue_scripts' in /data/1/b/1b47c673-af68-4dda-b1af-cb7fb20bfa81/wideanglegames.com/web/wp-includes/class-wp-hook.php on line 307
 Dogfight Academy – Concept | WideAngleGames Site
↓ Skip to Main Content
Home › Game concepts › Dogfight Academy – Concept
Posted on 2015/10/19 by wideanglegames — No Comments ↓ 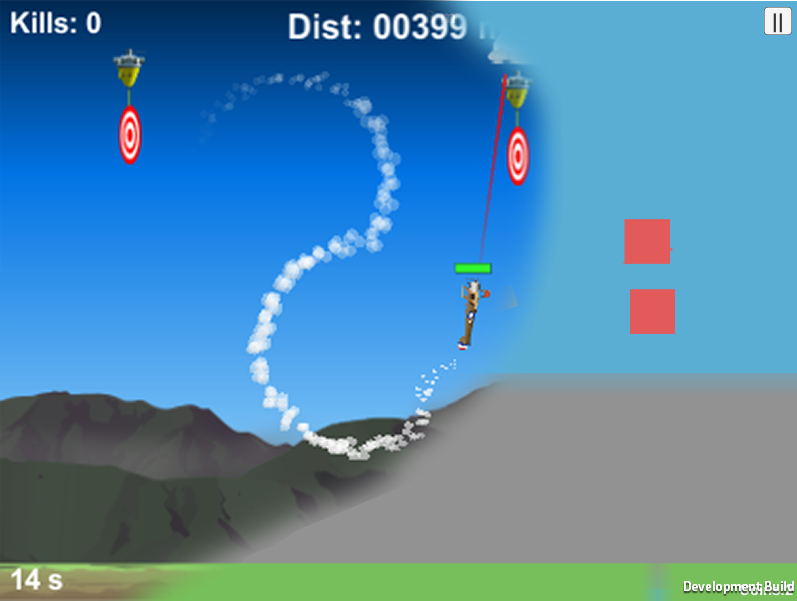 Hey people! Commin’ out with a new game prototype that will be finished into real  game. As a fanatic into biplanes, I’m happy to announce the work on another airplane game!

It’s in a prototype phase now and I’ve called it “Dogfight Academy”. If you have a better idea about the game name (previously I named it “Dogfight Trainer” ) just let me know.

You can play the game concept here:

There are three games that inspired me to create this game concept.

I hope everyone knows the smash hit Retry from Rovio. I like this game. It has a nice retro feel, cute artwork, inovative business model and it is fun to play. BUT (not butt) sometimes it is horribly difficult and repetitive. Do you have the same feeling that the behaviour of controlling the airplane by tapping is really odd? I definitely like to have things (that tiny airplane in this case) under the full control and it annoys me that I have no possibility to fly free like a bird. Instead I struggle with controls and have difficulties to maintain the plane in the air. Yes, it is the core of the game, but what about to create a similar project but with emphasis on excellent controls and predictable plane behaviour?

Yes! That cursed flappy bird that caused amok among milions of players.
I’d like to take take just seamless sidescrolling concept from this game.

Nothing special take from my previous game Dogfight Aces. Just the biplane concept and the artwork due to my lazyness to draw new things 🙂 Unfortunately it’s not my laziness since my terrible lack of time 🙁
There’s one more interesting information. I’m taking this Dogfight Academy prototype as a step to create reusable stuff that allows me to reimplement my most popular game Dogfight Aces into Unity and bring it to mobiles. Hooray!

If you pickup few principles from these games mix them together, add some sugar&spice and
viola! This is how the game mechanics could work.

The player controls an airplane heading right (side scroller game) and can freely fly, e.g. loops and any type of maneuvers are possible. Every time period several targets appear on the right side of the screen. Since it is a side scroller, they move to the left. Player’s goal is to destroy spawned targets using his machine gun (and not by commiting a suicide). If he misses a target and it vanishes off the left edge of the screen, GAME OVER man.
If airplane hits terrain, non-destroyed target or even goes off the screen itself, GAME OVER powered by 2. As you can imagine, the main player’s task will be to maneuvre among the targets or obstacles and to shoot the targets down one-by-one. Since the machine cooldown is limited, player has to pick up target wisely. The game will track player’s kills, reached distance and shooting accuracy and he will gain experience after each game round. Leveling of the player will bring more obstacles to the game that will make it more difficult and chalengable. Besides the experience, player will gain reward in form of coins. What are coins for? Yes! Upgrades of the plane!

So let’s sum up the features.

Just fly how far you dare! Just like in Flappy bird!

Let the player choose what controls does he want to use

Let’s add a virtual currency to make player get rich prior to me, hah!

Well this is hard to estimate, since I’m just a hobbyist. But I would like to release the basic game version (with minimum shop items etc.) in 1Q2016.