Spies in the skies – Concept 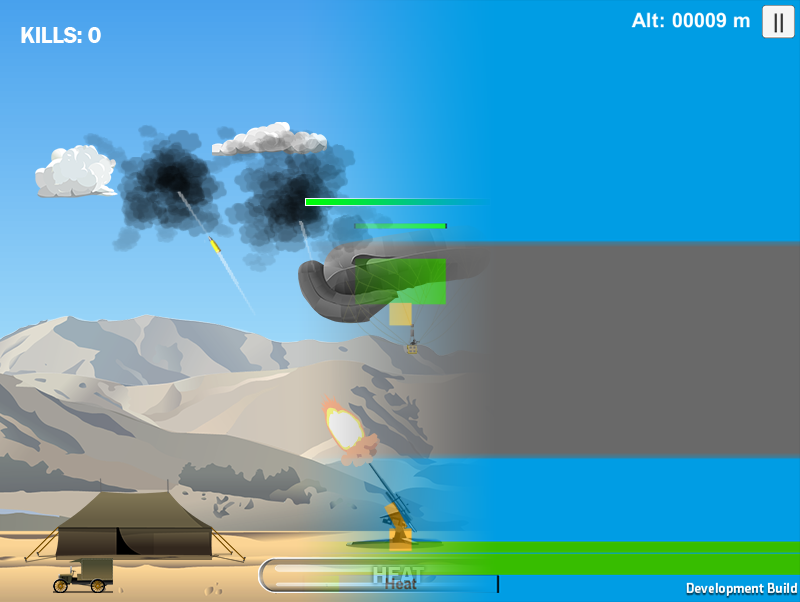 Hey fans! It has been a while since I have created a new game.
Well, I had two important reasons:

Currently I’m creating game prototypes in Unity3D. I need to get idea how to work effectively in Unity and need to create some reusable stuff. After creating some prototypes  I’ll decide, which would be the best for iterating and transforming into a final game.
One of the most promissing  is a game concept called SPIES IN THE SKIES.

Check out the game concept here:

Years 1914-1918 – World War I.
Question: What is the most important thing when leading a war?
Answer : To have airplanes, tanks, soldiers!
Hmm, really? And what is all the machinery for when you don’t know anything about the tactics of your oponent?

Observation balloons flew above the battlefields and collected information about every change of enemy lines. The balloons due to its role were a very valuable target for aircaft pilots. The balloons were hardly defended, but some pilots attempted to destroy them. They were called ‘Balloon busters’.

In this game, your mission is to kick their brave asses!

The player controls an Anti Aircraft (AA) – Flak gun on the ground. An observation balloon is rising above player’s Flak cannon. Player shoots shell projectiles from his AA gun and defends the balloon against aicraft attacks as long as possible. When firing, the AA gun produces heat that cannot exceed limit, otherwise it jams. Player has to carefully manage the heat that dissipates overtime. The higher altitude the balloon reaches, the more kills player gets, the more money will be granted from the war machinery leaders. And what are the money for? For shopping, improving gun and balloon, for buying devices, barage balloons, heat dissipators etc! Prepare for high paced yet easy to play casual action that examines your reflexes and attention!

Currently the game prototype/game frame without shop is completed. The graphic art will be mainly taken from my previous game Dogfight Aces. I’m currently modifying the art to the needs of this game.

Once I decide to make this into a final product the game will be released on Web browsers (if possible) and Android first.
iOS platform comes later. The first release could incorporate minimum content and without shop. Shop would be introduced in later releases. Since this is still just a game prototype there is no release date.